How SIPA Takes on Exam Stress

Oh SIPA. You never cease to amaze me.  I have been so involved with my life in New York and the happenings at Columbia that I haven’t written much about these really amazing past few months. It’s finals time and stress is in the air, but what really impresses me is how my SIPA colleagues manage to handle this stress with such humor. Slight variation from the LSE exam time, when people have anxiety episodes in the library on a regular basis.

The week began with an article titled, “Write Like Columbia Grad Student in Easy 20 Steps”. My first thought was, “surely this is not a serious advice piece. That would have been really lame.”  Sure enough, it was a hilarious and a mostly true insight into how we, or certainly I, write papers. My favorite is step 14: Read a few articles in The New York Times, because you’re a grad student and it’s your responsibility to stay informed. Right? There is absolutely a positive correlation between my news intake and time spent procrastinating.

Later in the same evening, I saw a posting of our own SIPA version of Ryan Gosling. This is apparently a new trend of people putting sayings eluding to relationships, concerning a certain niche group of people, on Ryan Gosling’s pictures. I’ve seen it in a couple of places, the International Development Ryan Gosling is pretty good. The fact someone at SIPA created a SIPA Ryan Gosling Tumblr makes this a school-wide tactic on procrastination. This is my favorite: 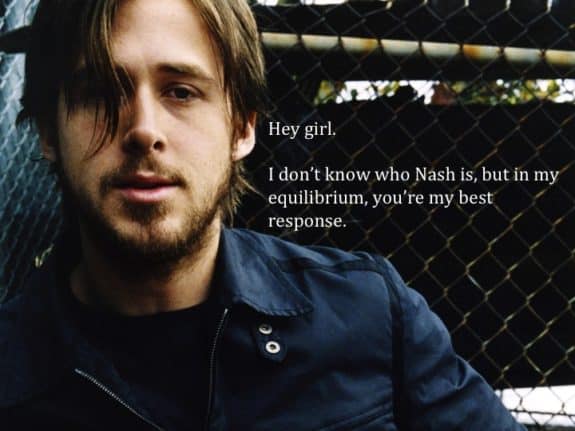 To top it off, today, I saw a YouTube video of a Stats Jingle. Apparently two statistics TAs decided to add a little holiday cheer to stats exam prep and created this funny number:

I gotta hand it to SIPA. Talk about a bunch of well-balanced people. No reason to take life so seriously. Have a little fun, even during exams!

1 thought on “How SIPA Takes on Exam Stress”