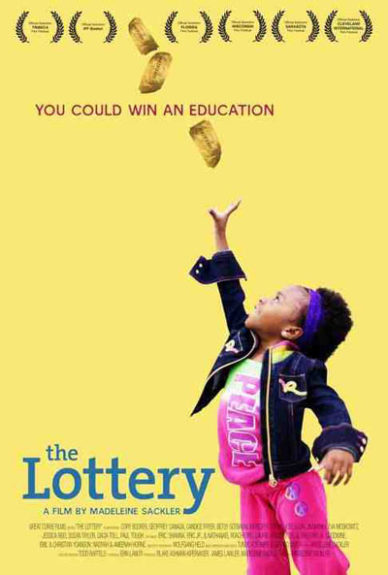 A friend of mine posted something about The Lottery on Facebook last night. It’s a documentary about charter schools in Harlem, a neighborhood just a few blocks from where I currently live. I’ve heard things about schools in Harlem, but to be honest, I didn’t know much more beyond that it’s typical of many inner-city schools in America. I took a break from exam studying and watched this movie. Though the film itself was a bit one-sided and the statistics were somewhat questionable, it did served as much needed inspiration, and got me thinking about education in the USA.

After receiving my primary school education in Taiwan, I continued the rest of secondary education in a suburb of Saint Louis. Although both were public education, I was stunned by the difference. I will never forget the first day of math class in 6th grade, when the teacher gave out multiplication timetable test. I could not believe it. Time table was drilled in our little heads since well before second grade and I was ready to do some advanced algebra. When the teacher approached me to ask me why I wasn’t doing my time table, I gave her a “are you for real?” look and said, “I am finished.”

Needless to say, the school system that I was a part of was average at best. Although I didn’t turn out too badly, I know many of my classmates only made it as far as the community college. The high school promoted a program that feed students into community college rather than a 4-year degree university. As a result, many do not complete a 4-year degree. Guidance counselors and teachers did not inspire students to think of sky as limit when it came to career aspirations and college choices. To compensate for the lack of preparation, my sister and I both graduated high school early and jump started on college courses at community college. My sister actually received comments along the lines of “you are making a terrible mistake” when she decided to leave and to give up her seat as Student Body President. Where is the priority?

Yes, I wish my high school put more focus on SAT prep and pushed for opportunities beyond community college and the University of Missouri system. But some people simply wish their school taught them how to read and to write properly. I spent my undergraduate years at SLU mentoring kids from the City of Saint Louis schools. The experience was heartbreaking. Even working with kids as young as 4th and 5th grade, I knew they were already so far behind academically, that to catch up with the average American will take immense effort and resources that these kids were not receiving.

The American education system reflects the inequity that this country is fighting via various Occupy movements. It would have been nice to move into a more affluent neighborhood where public schools were more college-prep. For kids in the inner-city, it would’ve been nice to be born into families that can afford to live in nice school districts. To a larger extent, one’s fate is largely determined by where one was born. It probably would be nice for the children in my Cameroonian village to be born in an industrialized society where teachers show up to teach regularly.

I still believe in the American dream. After all, I managed to crawl as an immigrant child from a low-income family into the Ivy walls, albeit via mediocre public school system. Anything is still possible in this country, more so than many others in the world. But as great as this country is, shouldn’t a child’s fate be less dependent upon the neighborhood where he or she grows up? And shouldn’t a country that prides itself on entrepreneurial spirits able to come up with a “business model” that can help schools properly meet its supply and demand?