I attempted my very first timed race in the Xiwuqi Grassland Marathon in Inner Mongolia. Races are a great excuse for travel. Inner Mongolia is fascinating, and I felt as though I’ve been transported to another world while running on the grassland. 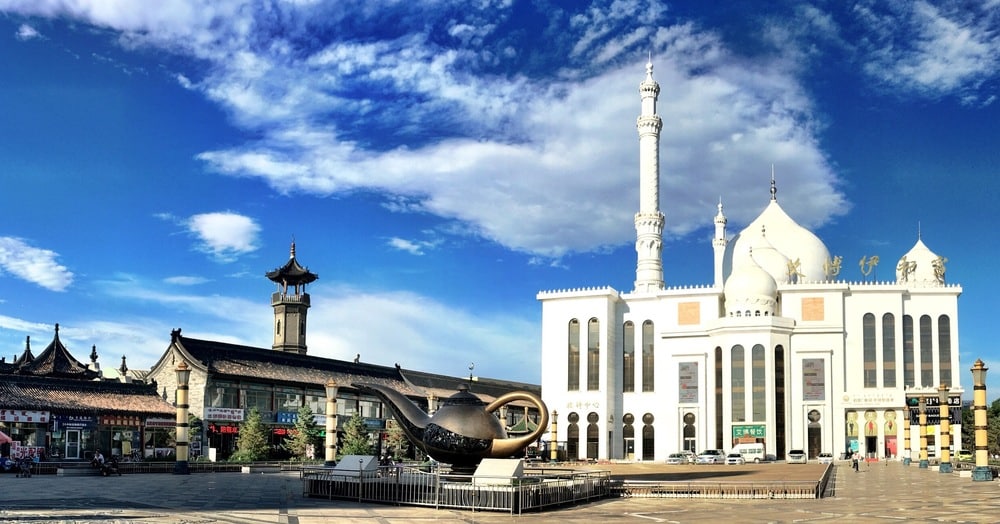 We took the direct flight from Shanghai Hongqiao to Hohhot (呼和浩特) in the morning. Checked into the Holiday Inn. Spent the afternoon roaming the city. Fascinating mixture of Muslim, Buddhism, and even Christian culture. 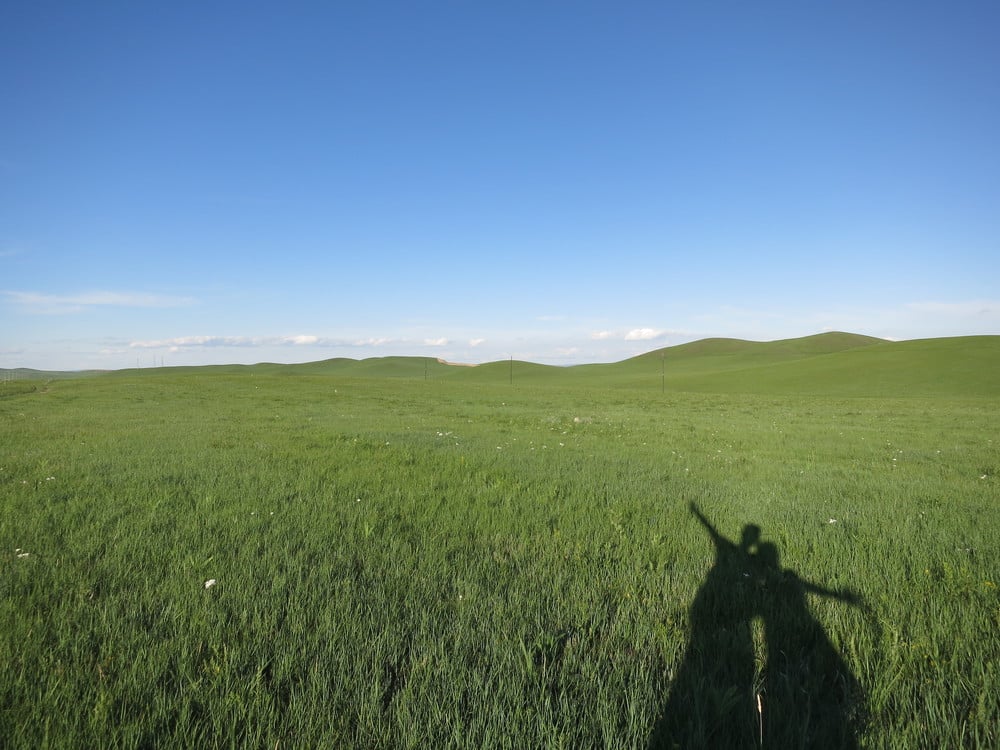 Took the afternoon flight to Xilinhot (锡林浩特). The flight is only an hour long. We arranged a car to pick us up at the Xilinhot airport and took us to Xiwuqi, where the race took place. In Xinlinhot, we found a local hotel on Qunar.com. Be sure to book your hotels early with the race organizer, otherwise you’ll have to enlist help of Chinese speaking friends.

We checked out of the hotel at 2pm and our driver arranged a stay in a local yurt for the evening. I recommend this rather than the option by the race organizer, where a bonfire party also takes place that evening.

Our yurt! The cows were grazing just next to it.

Well, that was our original plan. Our driver took us on a 5 hour ride to Chifeng, and we were meant to be on a direct flight to Shanghai, via Tianjin. The scenery was beautiful, and we saw really authentic Chinese villages along the way. All was well until we arrived to the airport, and it showed the flight was cancelled due to bad weather in Tianjin.

This is when we had to really put on our problem solving skills to figure out how to get back from this tiny town. We ended up catching a flight to Beijing. Unfortunately, all flights and trains back to Shanghai that night had been booked, so we decided to spend one night in Beijing, and then were on the first flight back to Shanghai the next morning.