Under the Tunisian Sun

This week, I escaped London and went to Tunisia to enjoy some warm(er) weather. One of the many perks that comes with attending an international school like the LSE, is that you know people from literally all over the world. My friend Agatha has strong ties in Tunisia and I gladly took up an invitation to visit during our break prior to the holidays.
Tunisia is the first Arabic country that I have ever visited and I was fascinated by all that I experienced. Prior to this visit, my only experience of Africa was Cameroon, which was my only reference point. Tunisia proves that African countries are definitely not the same. I am just as guilty as the next person to frequently refer to certain behavior and norm as “African”, as if the entire continent is homogeneous.

My visit to Tunisia was limited to Tunis and its surrounding areas, so I now only have a glimpse of what Tunisian life is all about. Nevertheless, discovering a country with someone who has lived there is still a heck of a lot better than if I was there alone with Lonely Planet.

Since Cameroon is all that I know of Africa, I couldn’t help but compare every little detail of what I saw with cities in Cameroon. And I was shocked by the level of development that Tunisia has. Granted they were towns surrounding the capital city, but I was amazed at how much pavement was around. In Cameroon, even in the Capital city, there are unpaved roads, much less towns surrounding the city. There are boulangeries (bakeries) everywhere, Carrefour (the French supermarket), various small supermarkets, etc. I felt as if I was in a less vibrant European city rather than an African city. 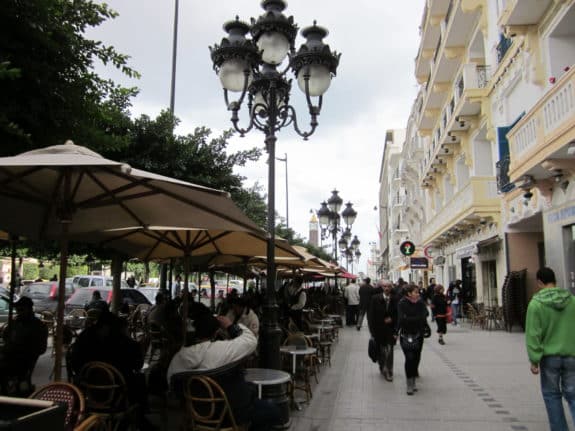 The Muslim influence remind me of my visit to the North of Cameroon – people were so calm. Even in the markets, the level of noise was so low and harassment so minimal. I did, however, get quite a few “ah, la japonais” and a few “nee haw”. I couldn’t help but keep thinking about how much easier it would have been if I was a Peace Corps volunteer here – but perhaps that is why Peace Corps is no longer in Tunisia (the program was closed in 1996).

Agatha lives in Sidi Bou Saïd, a town 20km outside of Tunis; it’s a UNESCO World Heritage town. I felt as I was walking around in a postcard or a movie set. The blue and white buildings scattered between winding pathways. Orange trees and cats give the sea of blue and white colorful accents. Then you look over the hill, et voilà, the Mediterranean Sea.

I observed this very different culture and surrounding, and remembered why I was willing to join the Peace Corps. Seeing such different way of of life provides perspective and reminds me that my life in the bustling city full of certain social expectations is merely one of many many ways of living. When I get into this mindset, problems and worries melt away and I feel small in this intricate world. It makes me feel alive to experience and to discover, to feel slightly uncomfortable being the only Chinese girl around.

Funny conversation with a vendor in a sandwich shop:

I don’t think I’ve ever seen Roman ruins before. My visit to Bath, England didn’t really count since that Roman Bath was in tact. There is something really amazing about standing amidst all that OLD stone imagining those Romans roaming about back in the days. Visiting in the off season and being the only tourist exacerbates this mystical feeling. I must say, those Romans were some smart cookies – picking the perfect location right on the Mediterranean Sea!

I don’t have any picture from my visit to the local hamman (for obvious reasons). It was incredible to see Tunisian women so liberated in the public bath while they are usually covered underneath their veils on the street. In this Turkish bath, I received a treatment of grômage, where a local Tunisian mama scrubs my body with this Moroccan glove that took away all the dead skin I ever had and then some. This was then followed by a nice massage with some interesting jasmine mud. There was nothing touristy about this experience; we were there getting cleaned with all the local women – so amazing!

Traveling is so addicting! Where to next? hmmmmm….. 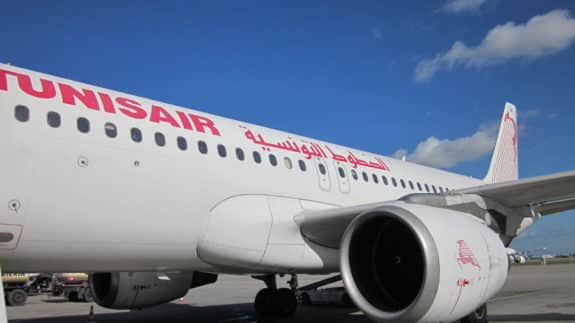