This is what moving to Cameroon for two years looks like: My bags are packed. I am ready to go. The above luggages weigh less than 100 lbs. Those are both the check-in bags and carry-ons. I still was on the over-packing side, brining more books than necessary. This afternoon, I was all kinds of nervous while tying up many lose ends. But now that everything is completed, I am … Read more

This afternoon, I had coffee with Jess, had lunch with Dr. C, had a pedicure with Jess (Chris said, “you will be the only person with pedicured toes in Africa), and had 8 inches of my hair cut off. It is official. The last time I had hair that short was probably 6th grade? can’t remember. This is a big deal. I love my long hair. This may be a … Read more

In two weeks, I will be either on my way onto the African soil, or already there. That is absolutely nuts. I’m quite tired from the traveling, but wanted to jot down a few observations. • Today the family went to the Polynesian tour and I learned that the Samoa people don’t allow the women to cook. The men do everything and the women’s only job is to make babies … Read more

It is 3am. I have 3 days until I am officially a college graduate, although technically I concluded my undergraduate education at exactly 11:47am, May 12, 2008. I also have three weeks until I embark on an amazing journey to Cameroon! Today I became slightly overwhelmed with all the things and emotions simultaneously happening in my life. I love the crazy madness even though it seems somewhat out-of-control most of … Read more

1. Planning. If you do not already have a passport, obtain a passport application and application instructions from a post office or your travel agent. To apply for a passport, you will need the completed application with two passport photos (with your signature on the back of each photo) and the application fee. 3. Visa. A yellow fever vaccination is required. This immunization must be logged in a World Health … Read more 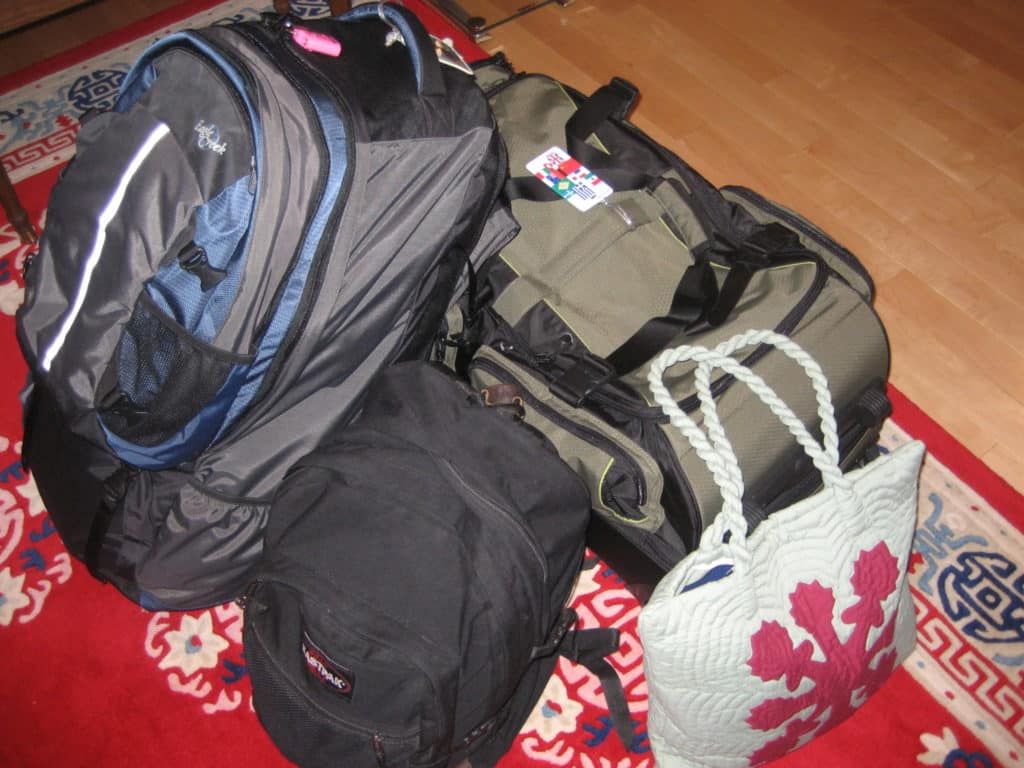 Finally, I had the time to compile my own packing list. This is a culmination of the official list and suggestions from other volunteers. If you are a family member or friend who is planning on buying me a graduation/going-away present, feel free to get ideas from my Amazon wish list! This list will be revised several times prior to departure! Comments in red are my thoughts after being in … Read more

Below is the mail suggestions provided by the Peace Corps office. I have also heard that packages marked by red ink, religious writing (draw crosses, write Bible verses and address me as Soeur or Sister), and insurance increase the likelihood of arrival. The insurance is just a few dollars and if you are already sending something, what’s another few bucks to make sure the cookies aren’t being eaten by the … Read more

If anyone is curious, this is the timeline of my application process. I was pretty lucky and didn’t face too many difficulties both on the interview/qualification and the medical front! August 27, 2007: Began Application September 8, 2007: Submitted Application September 24, 2007: Interview October 4, 2007: Nomination Sub-Sahara Africa, Business Advising, June 2008 October 6, 2007: Began Medical Clearance Process January 5, 2007: Received Medical Clearance February 9, 2008: … Read more

In the decade that I lived in St. Louis, I had nev

Back in Saigon. The Pink Church has been decked ou

Had an opportunity to attend a traditional Taiwane

The infamous night markets in Taiwan have more th

Scroll back to top