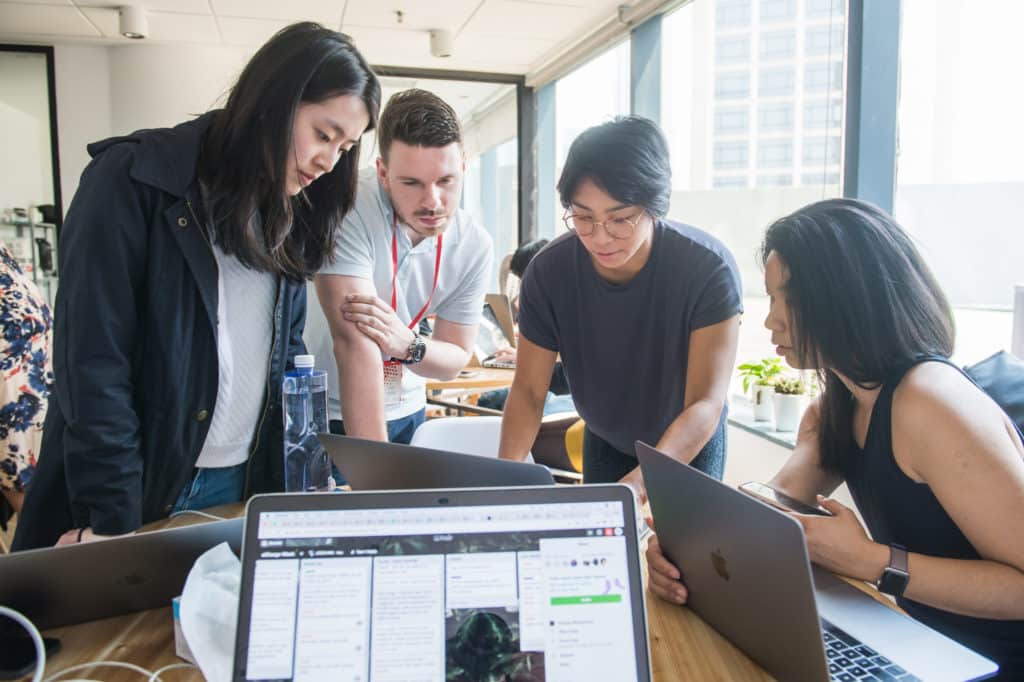 The final third of the coding camp! After some much-needed solitude last week, I dove right into the project trial week, where we made an AirBnB/Mobike-esque app in 5 days. This practice project gave us a chance to work with our assigned group, to work out any kinks, and to trial run through the entire process beginning from idea on Monday to presenting a working demo by Friday at 6pm.

Throughout this week, we still had regular lectures for 90min to two hours in the morning. Since most of the groups are working on WeChat related final projects, the lectures became nice-to-know info that aren’t directly applicable. WeChat Mini Programs is a largely China-specific framework, and thus is not part of the official Le Wagon curriculum. Yet, in order to teach us this important ecosystem, we had two Saturdays of bonus workshop dedicated to this topic.

On Monday, the anxiety level was high. It felt as though we’ve spent weeks learning something that is only vaguely related to the final project framework, which were taught over two days. While the mentors assured us it’s all really very similar, the dots did not connect for us. Nevertheless, heads-in we dove.

We were introduced the agile/scrum project management systems (those sticky notes you see in the TV series, Silicon Valley), using Trello boards to prioritize tasks and GitHub to version control our codes. We had stand-up status meetings to be more efficient. I loved learning all of the new tools. My favorite so far is Notion – serious to-do lists on pretty steroids. Can not wait to Notion the hell out of my life after camp!

Anyway. We had one week to do it all. Thank goodness my group was on the same wavelength about most things. Since we all figured we aren’t going to create the next world-changing app in a week, we cut through the BS. We decided on an idea and its basic concept in less than 30 minutes. No point arguing over the nitty-gritty, let’s just build something.

Once the app’s structure was created, we divided up the use cases and loaded them with functionalities. Since WeChat Mini Program is relatively new, we had to do some serious Baidu-ing (Google has no game in China). The Monday anxiety from being thrown into a hot pool of WeChat broth evolved into some pretty rewarding chicken soup by Wednesday evening, when we presented our first demo.

By Friday, we had a fully-functioning app with fully integrated features. I think back to the speed of my corporate days, and it’s amazing in comparison to what we were able to build in one week. We won with 4 amazing humans being focused on building something functional, leveraging our individual strengths, and not afraid to put non-essential features on ice (Gimmicky tech talk for marking something on hold. This world is full of its own set of jargons.)

One important lesson from this trial week is that pretty design wins. People are wowed by good looks, even if features are limited. The world is a shallow place, and it’s no different in tech. We were so busy cramming amazing features into our app, and let design slipped by the wayside. When you only have 10 minutes to pitch, what catches the eyes is just as important, if not more, than cool features.

Looking forward to building our final app over the next two weeks with my fantastic group! Nearing the 10-day countdown to the end. Only one more project between me, summer, and the rest of my life. Why does it feel like grad school again? 😉